The Seven Network’s legal action against Cricket Australia (CA) is the deepest cut in a two-year row that threatens the coverage of the game this summer.

Seven has commenced action in the Federal Court to terminate its $450 million TV rights deal and claim compensation for “multiple quality and standard breaches”.

The bulk of these alleged breaches arise from the quality of the men’s Big Bash League (BBL), which Seven has unfavourably compared to the Indian Premier League (IPL).

The IPL is considered the number one T20 tournament in international cricket. It regularly features Australia’s top male cricketers, including Test captain and vice-captain, Pat Cummins and Steve Smith, as well as David Warner.

All three have not played in recent editions of the BBL.

Moreover, the IPL features many of the game’s top international stars, while the BBL has failed to attract those same players in the COVID-hit seasons.

The details of Seven’s claim are outlined in its 49-page statement of claim lodged in the Federal Court and obtained by ABC Sport.

In the claim, Seven argues its media rights agreement (MRA) with CA meant the BBL should have been equal in the quality and standard of the IPL but was far from it in a number of key areas, including:

scheduling
quality of players
the amount of the salary cap
the failure to have auctions for each franchise.
Seven states that CA should not have scheduled BBL matches in competition with men’s internationals.

“At all relevant times, the BCCI (Board of Control for Cricket in India) has never scheduled any international match involving an Indian national men’s team competitively with any IPL match.”

Seven’s claim says the scheduling of matches meant Australian players — such as Smith, Aaron Finch, Alex Carey, Ashton Agar, Marnus Labuschagne and Adam Zampa — have been unable to play in the BBL.

The claim takes issue with the quality of last season’s BBL tournament, which was hit hard by COVID, resulting in teams having to use lower-grade players as top-ups.

It notes the time the Sydney Sixers played assistant coach, Jay Lenton, despite Smith being available to play for the franchise but CA did not allow Smith to play.

“It would have been reasonable for Cricket Australia to give priority to taking steps to make Steve Smith available given that Steve Smith is a world-class player whose absence could be expected to reduce audience interest and the size of the broadcast audience,” the claim stated.

In the same season, Seven took issue with CA’s decision to schedule the first 12 matches in either Tasmania or Canberra.

Seven’s claim argued that CA should have allowed an IPL-style auction, so that each franchise could bid for the best players in the world.

“A domestic T20 tournament — which features players of at least the highest quality and standard in the world — must include some of the best overseas players,” the claim stated. 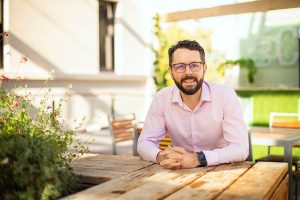 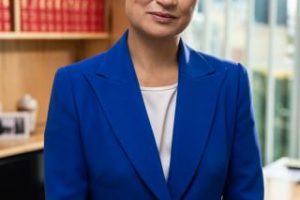 Australia’s golden wall holds before Noah turns tide on the England flood
China, Russia and climate change: why Australia’s place at the NATO Summit was so important

Ties with Australia must be mended before solving trade issues: Chinese trade envoy