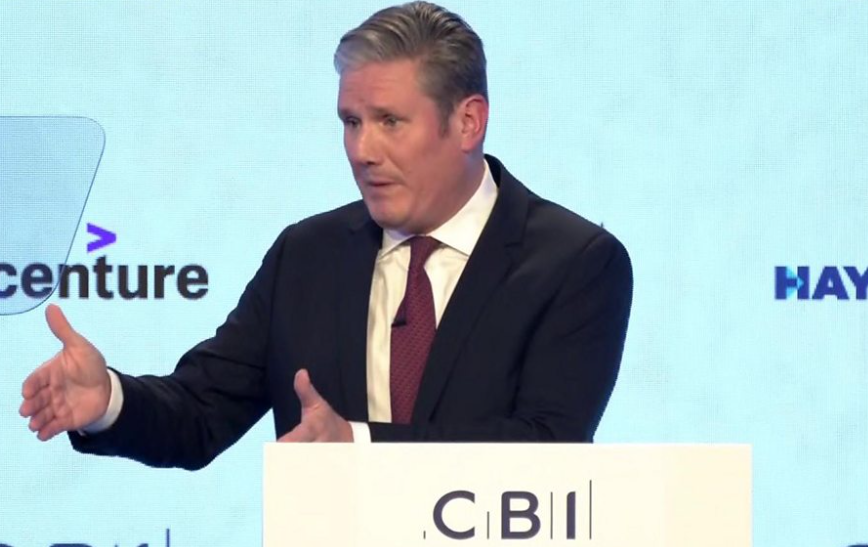 The days of “cheap labour” must end to wean the UK off its “immigration dependency”, Labour leader Sir Keir Starmer has told business leaders.

Sir Keir called for a plan to train British workers and move the economy away from its “low-pay model”.

But he accepted the need for skilled foreign workers and promise a “pragmatic” approach to immigration.

His speech comes at a time when businesses are calling for more migrant labour to boost economic growth.

The Labour leader’s speech to the Confederation of British Industry (CBI) conference in Birmingham followed that of Prime Minister Rishi Sunak on Monday.

Mr Sunak told business leaders having “proper control of our borders” was one of the immediate benefits of Brexit and said curbing illegal migration was the “country’s number one priority right now”.

“People are arguing against immigration – but it’s the only thing that has increased our growth potential since March,” Mr Danker said.

There was considerably less migration during the Covid-19 pandemic than in previous years and the number of EU citizens moving to the UK has dropped since the UK left the European Union. The economy and inflation tied as the biggest issues for Britain, while concern about immigration also increases
Not Just Another Recession