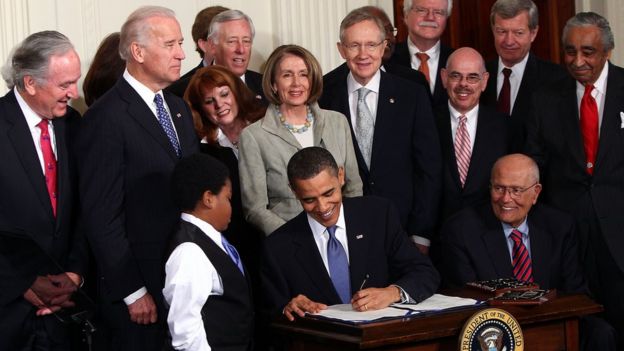 As Republicans begin their repeal of the Affordable Care Act, patients weigh in on how the act has changed their medical care.

At first, 20-year-old Duncan DeLoach figured that the persistent, squeezing feeling he had at the base of his spine was just a pulled muscle.

But the pain intensified to the point where, on the evening of Thanksgiving 2014, DeLoach’s mother Cathy found him collapsed on the floor of their Fairfax, Virginia, home. Not long after, he went in for a full-body MRI scan. 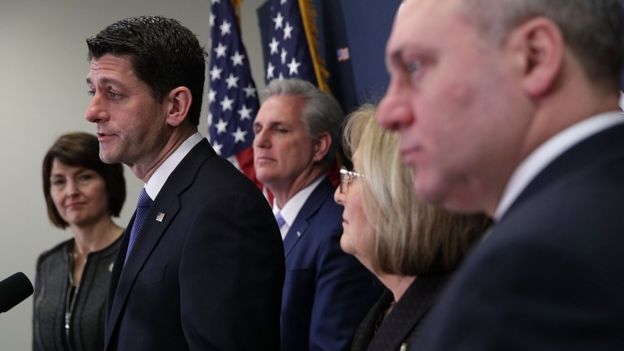 “I was in so much back pain they actually had to tie my legs together,” says DeLoach. “I couldn’t stay still.”

To save Duncan’s life, treatment began immediately – an orchiectomy to remove his right testicle, followed by 12 weeks of aggressive chemotherapy. There was no time to think about how the family would pay for the treatment, and luckily they didn’t need to.

Duncan was covered under his father’s health insurance, thanks to a provision in the Patient Protection and Affordable Care Act, better known as Obamacare.

Before the law passed in 2010, Duncan would have been kicked off his parent’s plan at 18, since he wasn’t a full-time student. His job with a landscaping company didn’t offer healthcare coverage.

But since he became one of the estimated 5.7 million young adults able to remain on a parent’s healthcare under the ACA, Duncan was able to access top-notch treatment thanks to his father’s high-quality plan.

“In 15 days, we racked up $29,000 [in treatment costs],” recalls Cathy. “I stayed with him in the hospital and I had a lot of time to think about how grateful I was for the Affordable Care Act.”

Both Duncan’s mother and father say they are “fiscally conservative and socially liberal” – neither voted for Barack Obama in either 2008 or 2012, and Cathy said that when the ACA first passed she was not a fan. She thought it was too expensive and rammed through by Democrats.

But sitting by Duncan’s beside, Cathy completely changed her mind. Not only was she grateful for the coverage her son received, she also became a fan of other effects of the ACA: coverage for birth control, cancer screenings and the requirement that businesses with 50 or more employees provide a healthcare plan.

Now, she’s terrified that Republicans, along with the new Trump administration, will take away her son’s coverage and make it more difficult for him to be insured in the future.

The Patient Protection and Affordable Care Act has fundamentally changed the way many Americans access their healthcare. An estimated 20 million Americans have insurance under its provisions, and the number of uninsured has dropped to a historic low of 9%.

Three of the law’s biggest tenets include requiring all Americans to have insurance or pay a penalty, widely expanding the number of people eligible for the government-funded Medicaid programme, and establishing online marketplaces, called exchanges, where patients can comparatively shop for plans.

The enormous package included many other provisions, such as making it illegal for patients with pre-existing conditions to be denied insurance, changing the ways doctors and hospitals are reimbursed by the federal government for care, and – as in Duncan’s case – allowing children to stay on their parents’ insurance until the age of 26.

While some Republicans have said they would like to keep the young people’s provision, a repeal of the act could leave people like Duncan suddenly uninsured.

“I’m so furious about what’s happening,” says Cathy. “I’m in a position where I can afford it, but a lot of people are not.

“This really is something that could be so awful for so many people, and so many poor people, and it’s wrong.”