A World Bank-backed plan for Egypt to export energy supplies to Lebanon is still in limbo as Cairo awaits assurances from the US that it will not face sanctions.

The deal would require transit fees to be paid to the Assad regime, which has had crippling Caesar Act sanctions prevent foreign countries and companies from dealing with the Syrian government as a result of its war crimes.

Despite US officials and diplomats publicly stating that sanctions would not be an obstacle, Egypt’s top diplomat in Washington said otherwise on Tuesday.

“No one would enter into a regional mechanism to find themselves later on under sanctions,” Motaz Zahran said in response to a question .

Speaking at an event with Al-Monitor in Washington, Zahran said Egypt was prepared to move ahead with the deal once it was given what was being asked for in terms of assurances.

“So, if there is a will here in Washington to help the Lebanese through regional mechanisms, well, we have a regional mechanism that has been set and been out there waiting… for it to be able to function without repercussions of sanctions,” Zahran said.

Asked about Zahran’s comments, a State Department official said the US was waiting for the final contracts from all sides. “The United States government awaits the final contracts and financing terms from the parties to ensure that both the gas and electricity projects are in line with US policy and addresses any potential sanctions concerns,” the official told

With the World Bank saying that Lebanon’s financial crisis is one of the worst the world has seen in over 150 years, such a deal would reportedly help ease power shortages across the country

The deal was first last summer and later confirmed by US Ambassador to Lebanon Dorothy Shea.

But the fact that the energy would pass through Syria has stirred up opposition in the US, specifically from Republican lawmakers.

Earlier this year, Shea relayed a letter from the US Treasury Department reportedly informing the Lebanese government not to worry about potential sanctions.

Charles Lister, a senior fellow at the Washington-based Middle East Institute, said the deal was “way oversold by certain” Biden administration officials. He added that “nobody” in the US government would be able to “assuage” Egypt’s concerns without undermining sanctions. 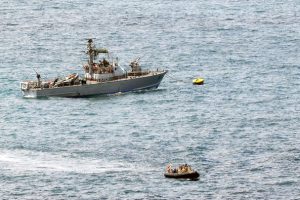 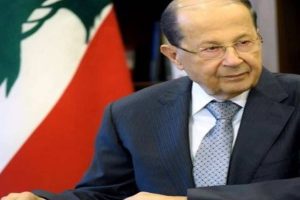