Scientists are stepping up cloud seeding programs across the United Arab Emirates to encourage rainfall and tackle a shortage of natural water resources, saying the technology can help increase annual downpours by up to 25 percent.

For 22 years, the country has been at the forefront of rain-enhancement science to increase annual rainfall across its arid climate, Omar al-Yazeedi, director of research, development and training at the National Center of Meteorology, told Al Arabiya English.

The National Center of Meteorology is the task force behind the country’s cloud-seeding program.

Explaining the technology being used, he said that it is not simply sending aircrafts into the sky to inject chemical particles into clouds.

Scientists use a technique of weather modification that takes place at the base of the cloud using hygroscopic materials.

“These materials such as salt (sodium chloride, potassium chloride), are carried out by updrafts into the middle of the cloud, that will start to activate the condensation process, where the water vapor in the cloud, starts to condense on these materials,” he said.

Eventually, these cloud droplets will start to fall due to their increased weight in the warm part of the cloud, according to al-Yazeedi.

“Thus, cloud seeding operations aim to increase both the amount of rainfall – and its duration.”

The UAE’s cloud seeding operations began in 1990 and were developed in cooperation with international organizations including the National Center for Atmospheric Research in the US state of Colorado, and the US space agency NASA.

“Even though the UAE is not suffering from freshwater deficiency, because of the availability of several desalination plants, [it is] crucially suffering from the shortage of natural water resources such as rain,” explained al-Yazeedi.

“So, the forward-thinking government of the UAE took a commitment upon themselves to come up with alternative water solutions such as cloud seeding which is managed by the National Center of Meteorology (NCM).”

Cloud seeding methods
NCM uses two different methodologies for delivering the seeding agents to the cloud, al-Yazeedi explained, one being by aircraft, another by releasing particles upwind of a cloud over a mountainous region.

Al-Yazeedi also said the operation is remote controlled through the NCM’s ground operations.

When it comes to choosing a location for cloud-seeding in the UAE, operations are based on experts examining cloud formation and looking for clouds that can be more easily manipulated, according to al-Yazeedi.

“Cloud seeding operations in the UAE are conducted based on the availability of amenable clouds… these clouds are usually heaped in shape and cumuliform (has a high vertical extent) accompanied with good updrafts that need to carry the seeding materials aloft.”

“During the summertime, we experience a high frequency of cloud accumulation specifically over the eastern region because of the mountainous terrains,” he explained, adding that the benefits of cloud-seeding are multi-fold.

“For instance, cloud seeding operations are far less costly than desalination of seawater. By enhancing rainfall levels, we can also recharge naturally occurring underground and aquifers and it also increases the volume of rainwater collected in dams and captured by reservoirs.”

Based on a study conducted by the National Center of Meteorology and NCAR, cloud seeding operations in the UAE can enhance rainfall by 10-15 percent in a turbid atmosphere and as much as 25 percent in a clean atmosphere, al-Yazeedi said.

Meanwhile, another benefit of cloud-seeding is that it carries little downside.

“During cloud seeding operations, the NCM uses natural environment-friendly salts (such as Sodium Chloride and Potassium Chloride) that are already abundant in the atmosphere,” he said. “There is no evidence that such materials have a negative impact on the environment.”

According to the director, cloud seeding operations don’t disrupt natural weather patterns as they attempt to increase rainfall yield from clouds naturally. 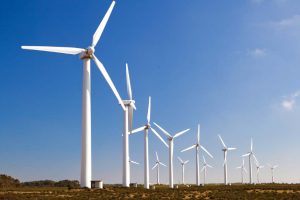 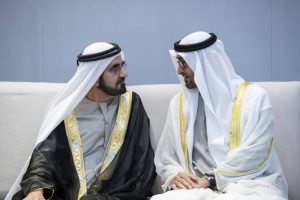