The ATO is going after crypto investors this financial year, after Australians dove into the market in record numbers 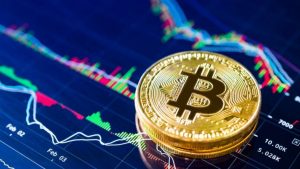 While anonymity is core to the appeal of cryptocurrency trading for many, the Australian Tax Office has indicated it has crypto profits firmly in its sights as the end of the financial year approaches.

Tim Loh, assistant commissioner at the ATO, warned Australians that if you exchange Bitcoin for another cryptocurrency, or convert it into regular sovereign currency, such as Australian dollars, a taxable event is created.

When cryptocurrency is held as an investment it is classed by the ATO as an asset and if it is later sold at a profit it is subject to Capital Gains Tax (CGT).

Loh said that the tax agency is paying particular attention as a result of intense interest in crypto markets and rush of new investors in the space since the start of 2021.

“Prices [of some cyptocurrencies] have rocketed and we have seen a lot more people investing in them, particularly in the past 12 to 18 months,” he said.

In the first few months of 2021, the notoriously volatile crypto market has seen astronomical surges in value, and Australians are following the hype.

More Australians now invest in cryptocurrencies like Bitcoin than precious metals like gold and silver, according to BTC Markets, one of Australia’s largest cryptocurrency exchanges.

The exchange reported it onboarded one-sixth of its yearly customers in just six days in January 2021 as demand swelled.

The largest cohort of crypto investors fall within the age group of 25 to 34 years, followed by 35 to 44 years, it reported.

And financial comparisons company Finder found that one in four Australians now invest in cryptocurrency, according to a survey of 1,004 people conducted in January.

In late April Business Insider Australia revealed the ASX has taken note and is currently assessing a number of applications for a local exchange-traded fund (ETF).

If a launch, tipped for later this year, was to go ahead, it would enable any Australian to hold major cryptocurrencies in their share portfolio.

Loh also noted the ATO has infrastructure in place to make sure traders would not skirt the system.

“We have data-matching protocols [in place] to ensure people who are trading cryptocurrency are paying the right amount of tax,” Loh said.

According to ATO guidelines, while CGT applies to crypto profits, investors still benefit from a 50% discount on the tax if the crypto is held for at least 12 months.

However, it says capital gains or losses that arise from the disposal of cryptocurrency that is a “personal use asset”, where crypto is used to buy items for personal consumption, can be disregarded for tax purposes.

The ATO’s guidelines refer to ‘cryptocurrency’ as Bitcoin, “or other crypto or digital currencies that have similar characteristics as Bitcoin.”

“If you are involved in acquiring or disposing of cryptocurrency, you need to be aware of the tax consequences,” the ATO advises.

It also warns that those who have dealt with a foreign exchange or cryptocurrency may face taxation consequences for transactions in the foreign country.

The ATO also said it is setting its sights on work-related expenses, including car and travel claims, expected to be lower in this year’s returns as more people work from home, as well as investment property deductions.