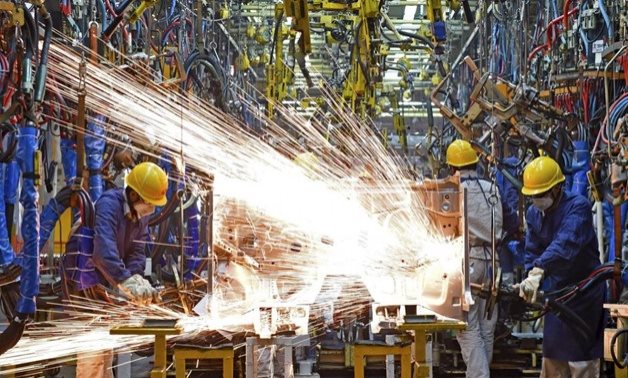 The government has exerted great efforts to support the Egyptian industry through different steps as part of the “Start” initiative.

Dr. Mohamed Abdel-Samie, a member of the “Start” initiative team, said: “The state has been preparing to achieve an industrial boom for almost a year, as the state was preparing to equip industrial zones and roads, in addition to linking between full internal trade and free trade.”He added that the initiative came before major crises such as the Russian-Ukrainian crisis and the supply chain crisis, as the state was planning well to develop the Egyptian industry.

He pointed out that the “Start” initiative worked on 8 complete industrial sectors, starting with increasing the value added on agricultural raw materials, or on mineral resources, and providing professions in order to increase the volume of internal trade.

While for Dr. Mohamed Shady, a researcher at the Egyptian Center for Thought and Studies, he said that the “Start’” initiative has three main goals. The first is to provide job opportunities for a large number of Egyptians by creating fields for small and medium industrial projects, pointing out that a nation-wide development initiative of Haya Karima also now provides suitable housing and infrastructure, in addition to raising the efficiency and readiness of Egyptian villages so that citizens do not have to flee to cities.

Shady added that while “Haya Karima” addresses the quality of life, “Start” addresses job opportunities as it is working to establish industrial complexes to invest in untapped lands in the Egyptian countryside, in addition to investing in the advantage. The proportion of citizens present in those villages, in addition to the establishment of large and medium projects that serve large projects such as home appliances and cars factories instead of importing products from abroad with the aim of reducing the gap between imports and exports, and providing production inputs while creating job opportunities for citizens.

And he continued, that the second goal of “Start” initiative is to provide part of the import bill through the role played by the aforementioned initiative, while the third goal is related to the localization of technology through partnerships with producers who help increase production, pointing out that this cooperation and partnerships did not It wasn’t happening before because it needed very much cost.

In turn, Dr. Mahmoud Anbar, professor of economics and advisor to the World Bank, said that the localization of industries within the country is a matter of great urgency, especially after successive global economic crises such as the Corona virus and the Russian-Ukrainian war, in addition to inflation, so there must be local industries that are sufficient for local production and an increase in export to increase provision of hard currency.

“Egypt has taken great steps that qualify it to localize local industries and even attract foreign investments for manufacturing directly within the country, and the most important of these steps was liberalizing the exchange rate because the high value of the dollar against local currencies constitute one of the most important reasons that can give the Egyptian product a competitive advantage when entering the global markets,” Anbar added.

He explained that Egypt has adopted a new pattern of development since 2013 called “balanced development,” adding that development processes are not concentrated within the country’s capital, but are distributed proportionately with considerations of social and economic feasibility between the different governorates and regions.