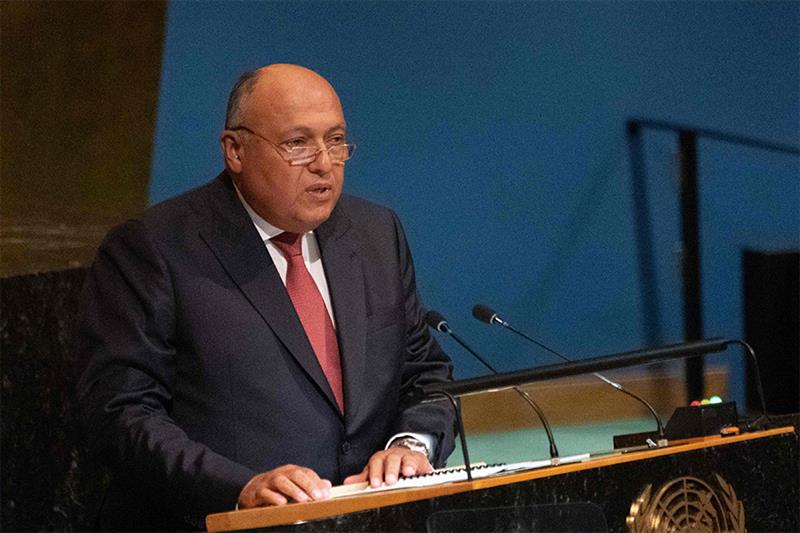 During a meeting Thursday with President of the Palestinian National Council (PNC) Rouhi Fattouh, Shoukry reviewed the outcome and decisions of the PNC’s recent meetings, along with the latest developments in the Palestinian arena, Foreign Ministry Spokesman Ahmed Abu Zeid said.

In this regard, the PNC’s head referred to the rapid deterioration in the security situation in the occupied Palestinian lands, as well as the mounting tension caused by the almost daily Israeli acts of violence against the Palestinians and aggression on sacred sites especially those located in Al-Quds (East Jerusalem), the spokesman added.

According to the spokesman, Shoukry reiterated Egypt’s full support for the Palestinians’ rights, including the right to establish their independent state with East Jerusalem as its capital, in line with relevant internationally legitimate resolutions.

Meantime, the foreign minister updated Fattouh on all contacts and drives made by Egypt on the sidelines of the United Nations (UN) General Assembly’s meetings in New York this month to garner support for the Palestinians and assuage their sufferings incurred from the continued occupation and the difficult economic and humanitarian conditions, he added.