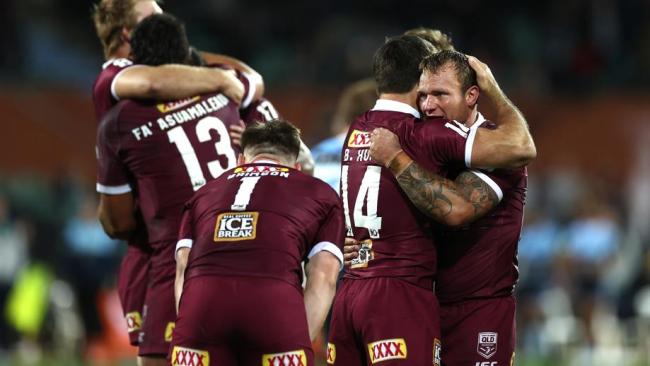 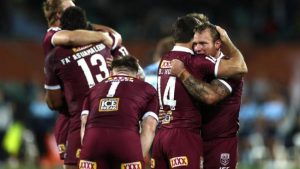 Queensland thrashed NSW in the first State of Origin round on Wednesday night.

The game was played in front of 25,218 fans at Adelaide Oval and left some spectators upset with the 18 -14 score at full time.

It seemed the game was in NSW’s favour as they lead the first half 10-0 but that was short lived when QLD returned stronger in the second half.

This is the first time the State of Origin has been played after the NRL season finished thanks to COVID.

The game however saw a national audience of 2.38 million, down almost 25 per cent to last year’s game.

Australian Rugby League Commission chairman Peter V’landys said there could have been ‘two factors’ behind the low viewership.

“One, I think a lot of people expected a whitewash and Queensland proved it wrong. And secondly, a lot of people were fixated on the US elections because it was so interesting and that’s proven by the amount of money that has been betted on it,’ he told Fairfax.

“I’m not too disappointed. I will wait until next Wednesday and then make a judgement. To compare it just to this game would be premature. There’s no need to hit the panic button at this stage. It was only one game and there was a US election.”

The next round will be played on November 11.