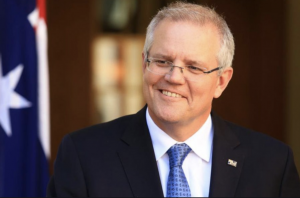 In a heartfelt statement, Mr Morrison reflected on the country’s resilience in the wake of the devastating port explosion back in August.

He also noted how Lebanese Australians have contributed with their creativity, generosity and dedication to make Australia a successful multicultural nation.

“On this day each year, we recall the historic events of 1943 when Lebanon, a rich trading and cultural centre, entered a new era as an independent Republic,” Mr Morrison wrote.

“Australia’s relations with Lebanon have deepened over generations, and been strengthened by ongoing people-to-people links.

“Australians of Lebanese descent have enriched our nation with creativity, generosity and dedication. Their contributions have helped to make our home the most successful multicultural nation on Earth.

“In the wake of the tragic explosion in Beirut in August and the ongoing global health crisis, I appreciate this year’s Independence Day will be muted by sorrow, and spent in commemoration.

“We stand in solidarity with the people of Lebanon, and their friends and family here in Australia.

“In times like these, people draw from the well of compassion, peace and respect, values which are so firmly lived out by Lebanese Australians. This is why I have great confidence the Lebanese people will get through these challenges, as they have done throughout history.

“On this day, the Lebanese Australian community can reflect with pride – on their resilience and unity in the face of adversity; with appreciation – for their enduring values of family and community; and with hope – that collective strength will be found to rebuild.”