Palestinian officials say the Ramallah-based Palestinian Authority is planning to lodge its first case with the International Criminal Court (ICC) later this year against the Tel Aviv regime’s crimes.

“One of the first important steps will be filing a complaint against Israel at the ICC on April 1 over the (2014) Gaza war and settlement activity,” Mohammed Shtayyeh, a member of the executive committee of the Palestine Liberation Organization (PLO), said on Monday.

Palestinian President Mahmoud Abbas signed the request to join the ICC after the United Nations Security Council rejected a Palestinian proposal for statehood on December 30, 2014. The Palestinians have requested to join the Hague-based court in order to bring war crime charges against Israel.

On January 2, 2014, the Palestinians moved to formally join the Hague-based court in a process which is due to take effect on April 1, thus paving the way for taking potential legal action against Israeli officials for war crimes.

Israel reacted by cutting off millions of dollars in monthly tax payments it collects on behalf of the Palestinian Authority, in order to escalate financial pressure on Palestinians.

On January 16, the ICC announced that it had started “a preliminary examination” into Israel’s actions during last year’s war in Gaza.

Israel started its latest war on the besieged Gaza Strip in early July last year. The offensive ended on August 26, 2014, with a truce that took effect after indirect negotiations in the Egyptian capital, Cairo.

The Palestinians are also planning to take action against Israel over its policy of building illegal settlement on the occupied Palestinian land.

More than half a million Israelis live in more than 120 settlements built since Israel’s occupation of the Palestinian territories of the West Bank, including East al-Quds (Jerusalem), in 1967.

The Israeli settlements are considered to be illegal by the United Nations and most countries because the territories were captured by Israel in a war in 1967 and are thus subject to the Geneva Conventions, which forbid construction on occupied lands. 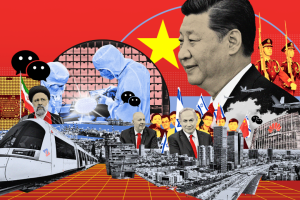 China Tops U.S. as Favorite Power Among Arabs Despite Challenges 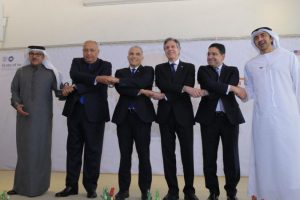 China Tops U.S. as Favorite Power Among Arabs Despite Challenges

Iraq or Patriotism’s Battle in the Arab Levant Today