The chief economist who led the report could not yet ascertain precisely why the number of Arabs entering the tech sector was so low.

Despite the number of Israeli Arab tech students more than doubling in the past seven years, they made up only 1.8% of the country’s flourishing high-tech ecosystem in 2021, new research has shown.

The preliminary research – titled “The High-tech Entrepreneurial Ecosystem in the Arab Society” – was written by the Start-Up Nation Policy Institute (SNPI) in collaboration with the Israel Innovation Authority and Hasoub, a nongovernmental organization dedicated to promoting Arab tech entrepreneurs. It presents early results from ongoing research that is slated to be published in full in the coming months.

According to the early report, since 2018 there has been very little growth in Arab employment in the Israeli tech sector overall. In fact, while the share of Arab employees in high-tech reached 2.2% in 2018, it declined to 1.8% in 2021 and only 0.8% of tech CEOs are Arab. 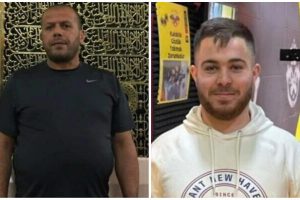