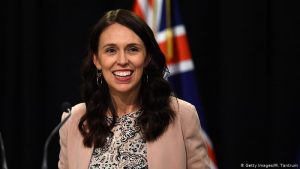 New Zealand has recorded another case of COVID-19 linked to an outbreak at an Auckland hotel quarantine facility.

The Ministry of Health confirmed the case is a worker at the Grand Millennium and had previously been identified as a close contact of the case reported on Thursday.

The new case has been in self-isolation at home since being identified as a close contact late last week.

The worker had initially returned a negative test for COVID-19, before testing positive on Sunday, becoming the third case linked to the hotel in recent weeks.

Health authorities say there is “very little additional risk” to the community.

The case and their partner have been moved to the Auckland quarantine facility as a precaution.

“Case investigations are continuing, and further locations of interest are being confirmed,” the Ministry of Health said.

Late on Sunday, health authorities added four venues to its locations of interest including two bakeries, a dairy and a mobile phone retailer.

The news comes just days after Prime Minister Jacinda Ardern revealed the quarantine requirement for Australian travellers would be scrapped on April 19.

The Australian and NZ borders have been shut to almost all non-citizens since March last year, with both countries requiring arrivals to spend a fortnight in quarantine before entering the community.

Ardern announced a new traffic light-themed system to guide Kiwis while travelling overseas, saying they may be subjected to prolonged stays in Australia or be required to quarantine on return in the event of outbreaks.

“Quarantine-free travel will not be what it was pre-COVID-19, and those undertaking travel will do so under the guidance of ‘flyer beware’,” she said.

“People will need to plan for the possibility of having travel disrupted if there is an outbreak.”

Travellers will not be required to produce a negative test before jetting off, though the government may add that requirement in the case of outbreaks.