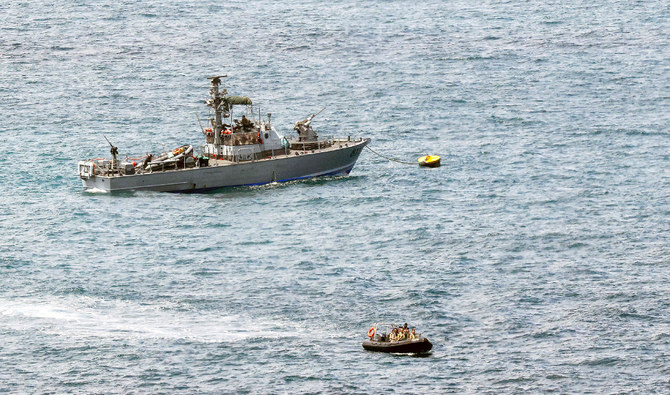 A maritime border dispute between Lebanon and Israel has returned to the fore following a security development on Saturday night.

Israel’s army spokesman Avichay Adraee said warplanes and an Israeli missile ship had intercepted three drones that approached from Lebanon’s side toward the airspace over Israel’s economic waters.

Hezbollah’s military wing, the Islamic Resistance, confirmed the incident in a statement: “A group affiliated with martyrs Jamil Skaff and Mahdi Yaghi launched three drones of different sizes toward the disputed area, over the Karish gas field, to carry out reconnaissance missions. The mission was accomplished and the message was conveyed.”

Lebanon mostly stayed silent on the development, although caretaker Foreign Minister Abdallah Bou Habib said there was a possibility of reaching an agreement on the border issue in September and that information from the US and UN showed there was progress in the negotiations.

US mediator Amos Hochstein sent a proposal to Lebanon in March on the demarcation starting from Line 23, which was drawn in a zigzag form.

Lebanon handed him an oral response, which he did not reveal, pending the Israeli response.

Lebanon has been unable to confirm that Line 29 — which includes the Karish gas field — is the maritime border of Lebanon due to the failure of President Michel Aoun to sign a draft amendment to Decree 6433.

Line 29 gives Lebanon an additional area estimated at 1,430 square km while, according to the decree deposited with the UN, Lebanon only gets 860 square km of the disputed area.

Mohammed Yazbeck, Ayatollah Khamenei’s legal representative in Lebanon, said on Sunday: “Lebanon’s preservation of its wealth can only be achieved by informing the enemy that we are strong. The message was delivered by drones. This message is not only for the Israeli enemy but also for the American mediator, to understand that Lebanon’s rights cannot be underestimated or ridiculed.”

Former MP Fares Souaid said: “Hezbollah’s drones over Karish are aimed at reminding all parties that Iran is present in the ongoing negotiations between Lebanon and Israel over border demarcation under American auspices and at the expense of the Lebanese interest.

“The incident confirmed by Hezbollah may take place once again, and more serious incidents may occur. Therefore, we call on the nation’s representatives to raise the issue of Iran’s occupation within Parliament.”

On Sunday, Israeli Prime Minister Yair Lapid said that Hezbollah constituted an “obstacle” to an agreement between Lebanon and Israel.

“The party continues to walk the path of terrorism and undermines Lebanon’s ability to reach an agreement on the maritime borders.”

He said Israel would continue to protect itself, its citizens, and its interests.

Israel’s army said Hezbollah was trying to undermine the country’s sovereignty on the ground, in the air, and at sea. “The economic waters are part of Israel and are not a conflict zone. No discussion is necessary,” it added. 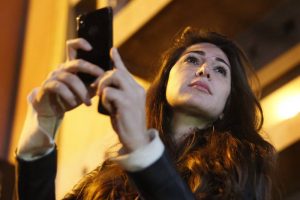 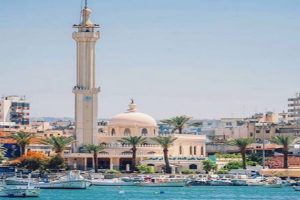