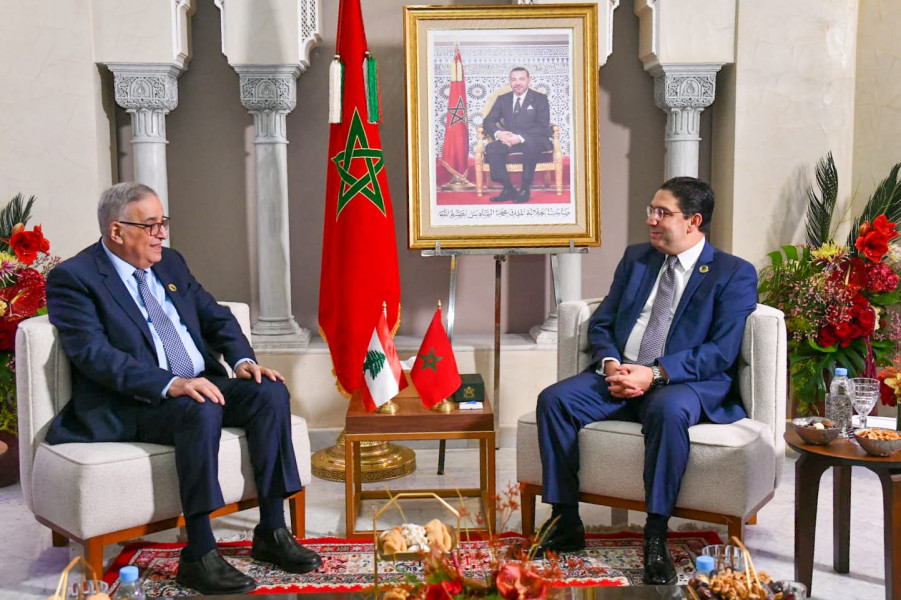 The statement was released following talks between Moroccan foreign minister Nasser Bourita and his Lebanese peer FM Abdallah Bou Habib on the sidelines of the 9th Alliance of Civilizations forum held in Fez.

Habib voiced satisfaction at the excellent bilateral ties with Morocco and recalled the lofty initiatives spurred by King Mohammed VI to bring a helping hand to Lebanon following the blast that devastated Beirut’s port in August 2020 as well as the field hospital deployed by Morocco to help the Levant country during the Covid-19 outbreak.

Bourita, for his part, reiterated Morocco’s support for the unity, stability and sovereignty of Lebanon as well as its backing for the efforts of the Lebanese government to keep the country at bay of regional political and military conflicts.

He also urged the reactivation of the high joint committee as soon as possible to keep up with transformations at the international scene.

Morocco backs a consensus between all the components of Lebanon with a view to completing the constitutional process with the election of a new president to forge ahead with economic and social reforms, said Bourita.

Morocco welcomes the southern Lebanese border demarcation agreement with US mediation, a move that is conducive to improving the economy of the country, he said.