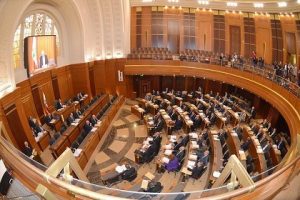 Pharmacies went on strike and petrol stations rationed scarce fuel on Thursday across Lebanon as public anger over an accelerating economic collapse intensified with little sign of an end to a high-level political standoff.

Politicians have since late 2019 failed to agree on a rescue plan to unlock foreign cash that Lebanon desperately needs.

“We are really looking at the abyss, seeing it very clearly, and I think it’s either now or never,” Mohanad Hage Ali of the Carnegie Middle East Center said, alluding to the protracted failure to form a viable new government able to launch reforms.

Aoun told Saad al-Hariri, designated acting prime minister in October, on Wednesday to form a new government immediately or make way for someone else.

Al-Hariri hit back by telling Aoun if he could not approve his cabinet lineup, then the president should call early elections.

The two met again on Thursday, raising speculation about whether there would be a breakthrough after months of factional wrangling.

Following the meeting, Hariri said that forming a government that could re-engage with the IMF was the only way to halt the country’s financial collapse.

Hariri’s said a further meeting was scheduled for Monday and that he saw “an opportunity to be seized”, he told reporters in a more positive tone.

“The main priority of any government is to prevent the collapse that we are facing today… that we proceed to start halting the collapse with the IMF and regain the trust of the international community,” he added.

The Lebanese pound has sunk by 90 percent in the country’s worst crisis since the 1975-90 civil war. It has plunged many into poverty and endangered key imports as dollars grow scarce.

A French diplomat said on Wednesday that France, which has led aid efforts to its former colony, and its international partners will seek to ramp up pressure on Lebanese politicians in the coming months.

The currency has crashed so fast in recent weeks, losing one-third of its value, that grocery shops closed on Wednesday and bakeries cautioned they may have to follow suit.

Many pharmacies shut their doors on Thursday and flashed neon strike signs, the latest sector of the economy to voice frustration.

Ali Obaid, a Beirut pharmacist, said he could no longer keep up with expenses. “Pharmacies will close permanently if this continues,” he said.

Comments that subsidies – including on fuel, wheat and medicine – may soon end have also triggered panic buying.

Banks have imposed informal controls on people’s savings, and the central bank’s foreign reserves are dwindling in a country dependent on imports of more than 80 percent of its basic needs.

Cars lined up outside gas stations earlier this week, and scenes of brawls over subsidised goods at supermarkets have heightened fears among Lebanese over their most basic needs.

The sharp descent of the pound sent protesters into the streets, blocking roads in anger at an entrenched political elite that has dominated since the civil war.

But public anger has not spilled into nationwide protests similar to those in 2019 even as Lebanon is being gripped by multiple crises, including a surge in coronavirus infections and pressure on the health sector.