‘I have no fear now’: Yang Hengjun’s final message to sons before trial 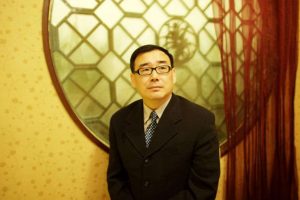 Imprisoned Australian writer Dr Yang Hengjun has told his sons that he is ready to face his worst fears as he prepares to front a Beijing court on espionage charges.

In a final message to his family and supporters before the trial begins on Thursday, the 56-year-old said there was nothing more liberating than having those fears realised. “I have no fear now,” he said. “I will never compromise.”

“I love you all and I know that I am loved.”

Yang’s defence lawyer in Beijing, Mo Shaoping, confirmed the trial will start on Thursday at 9 am at the No.2 Intermediate People’s Court in Beijing. It is expected to last one day.

“It is a closed-door trial and no one is allowed to attend, even family members,” he said. “If convicted, the sentence can be up to the death penalty.”

The trial, which will begin more than two years after Yang was escorted by Chinese authorities from a plane into detention, will be held in total secrecy. The Chinese criminal justice system has a 99 per cent conviction rate and a formal sentence is not expected to be delivered for months.

Yang had spent a decade pushing for democratic reforms in China and criticising economic policy and corruption within the Chinese Communist Party after earlier working in business and for the Chinese Foreign Ministry.

Consular visits to Yang have been limited by China’s opaque judicial system and coronavirus restrictions, raising concerns that torture, isolation and threats would break the pro-democracy writer’s spirit.

But the former University of Technology doctoral student said if he were released, he would write articles to improve Australia-China relations. “That will help China to understand the world, and the world to understand China,” he said in the message first recorded in March but released on Wednesday ahead of the trial.

Yang said in the message to his family and supporters that if the “worst comes to the worst, please explain to the people inside China what I did, and the significance of my writing to people in China”.

Yang’s friend and former supervisor Feng Chongyi said Chinese authorities had insisted this was a serious case, despite the limited public details on the accusations against the Chinese-born Australian. Chinese authorities have not revealed which nation they believe was using Yang as a spy, a claim Yang and the Australian government have repeatedly denied.

But Feng said the gravity of the espionage charges indicated the sentence was likely to be in excess of 10 years, posing a serious threat to Yang’s wellbeing as he struggles with health conditions after being confined for 26 months without fresh air or sunshine.

Feng said Yang was “extremely angry” about the closed-door trial.

“He asked for an open-door trial so that he can do a decent defence and allow lawyers to lodge a decent defence but that was denied,” he said. “It creates a perfect environment for manipulation and creating false evidence.”

Foreign Minister Marise Payne has repeatedly called for Australian officials to be given consular access to the trial but as of Wednesday afternoon, this had yet to be publicly confirmed. Yang’s treatment has been linked to deepening diplomatic animosity between China and Australia after two years of public hostility over national security and human rights.

Chinese-Australian journalist Cheng Lei also remains in custody after being detained in August on claims of supplying state secrets overseas.

Diplomats from Canada, the US, Australia and half a dozen other countries waited outside the same Beijing courthouse in March for the trial of Michael Kovrig, one of Canada’s “Two Michaels,” who was also detained on espionage charges.

Two months later, no details from the court hearings, including the evidence brought against either Kovrig or his compatriot Michael Spavor in a separate trial, have been released by Chinese authorities. They are still awaiting sentencing.