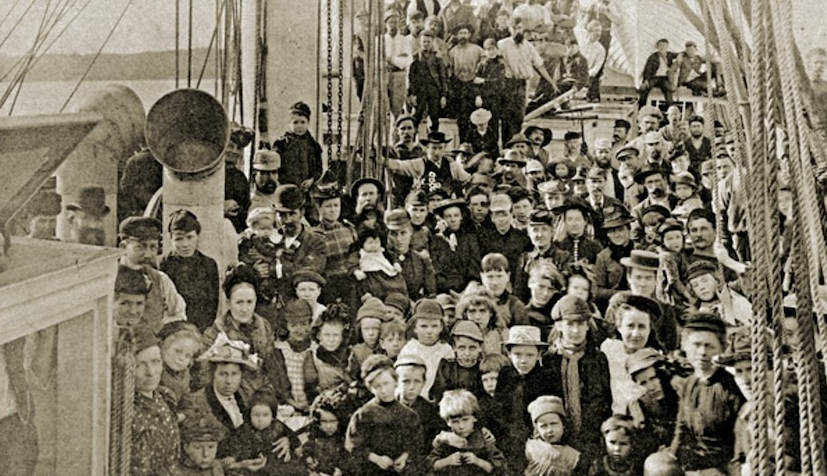 Would you give it all up for a new life in a tropical utopia?

That’s what more than 500 Australians did in the 1890s, led by a radical socialist, but the venture didn’t quite go to plan.

It turns out that combining Australian shearers with the South American jungle, jaguars, parasitic insects and strict rules about booze and sex was not the secret to a utopian new life.

“It would have been absolute hell,” Mr Edwards said.

“It was bound to fail. You can’t convert a group of hard-working, rowdy shearers into Christian teetotallers, it’s just against the Aussie spirit.”

Promise of a better life

His promise of a New Australia commune, one that offered a fair deal for all, was enticing for a group of mostly unionists, disgruntled shearers and socialist Christians who sold everything to fund the arduous adventure.

Paul Taylor’s grandfather Harry Taylor was one of Mr Lane’s most avid followers.

“He was one of quite a number of people in Australia at the time who were disenchanted with life … the haves and have-nots,” Mr Taylor said.

“They wanted to live under a fairer socialist or a communist ideal, where everything was shared, and everybody worked for the common good.”

Setting sail
Mr Lane took advantage of an offer by the Paraguay government to gift 75,000 hectares of free land to migrants in an attempt to repopulate the country after up to 90 per cent of the nation’s male population was killed in the war against Brazil, Uruguay and Argentina.

The first group of Australians set off in search of a better life in 1893 on the Royal Tar, a tall ship built with the collective funds of Mr Lane’s devotees.

After months at sea, they arrived, via Argentina, in Paraguay’s wet and wild jungle that couldn’t be further from the utopia they were promised.

The group, who’d given up all their worldly goods to start on an even footing, set to work clearing the jungle by hand, under the constant threat of stalking jaguars, disease and skin-burrowing parasitic insects.