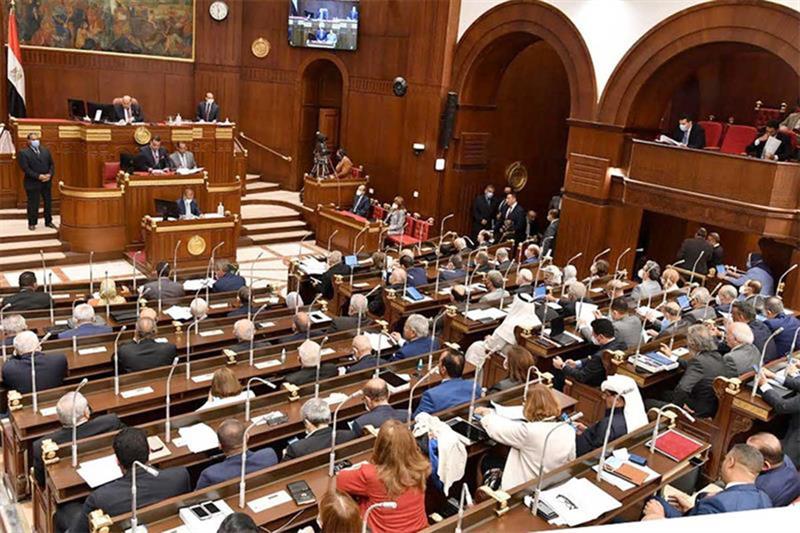 Following three days of intensive debates, Egypt’s Senate gave the thumbs up Tuesday to a new bill that would allow a wider scope of illegal building violations to be settled and reconciled.

According to a report prepared by the Senate’s Housing and Local Administration Committee, the new 19-article bill on reconciliation of building code violations aims to stem haphazard growth of illegal buildings throughout the country.

To become a law, the bill must now be passed by the House of Representatives and ratified by President Abdel-Fattah El-Sisi.

“The implementation of the 2019 law on illegal buildings faced many obstacles because it banned settlement of illegal building violations even though these were a fact on the ground and could not be erased,” said the report.

The new bill widens the scope of illegal building code violations that may be settled to cover buildings constructed outside the official urban zones, ones that affect architectural identity, ones which exceed the height limits prescribed by civil aviation and state defence authorities, ones built on state-owned land and ones built on car parking areas.

Offenders will be required to pay fees in return for settling their building violations. The fees will differ from one district to another, depending on the availability of services and utilities and the social prestige of the area. Article Nine of the bill, however, states that the settlement fee will range between EGP 50-2,500.

Article Two of the bill, however, prohibits settlement of violations related to buildings that are a safety risk or which are built on lands subject to the Antiquities Protection Law and the River Nile Banks Protection Law.

As for violations that are uneasy, or impossible, to correct, Article Three imposes hefty settlement feeds on offenders. They will have to pay three times the fixed value of settlement fees per square metre.

The bill offers a 25 percent discount to citizens who pay the total value of settlement fees one time, but also allows installment payments over five years.

Meanwhile, Gamal Said, head of the Senate’s Housing and Local Administration Committee, revealed that since the illegal buildings law came into effect at the end of 2019 it has generated around EGP 35 billion in settlement fees, EGP 31 billion of which came from governorates and EGP 4 billion from new urban communities.

Said said illegal buildings are still everywhere in Egypt, including around 4,700 villages and 229 cities and towns. “Most of these are illegally built on state-owned lands or outside the authorised building zone’s areas,” said Said.

The Speaker of the Senate Abdel-Wahab Abdel-Razeq said it would be impossible to implement the new bill unless it was accompanies by a new law giving local councils greater powers to implement the law.

“The reason why the 2019 law failed to address illegal buildings was largely due to the fact that the local councils’ employees did not have adequate powers to implement the law correctly and forcefully,” said Abdel-Razeq.

The bill was rejected by one senator, prominent political strategist Abdel-Moneim Said.

According to Said, the bill opens the door for the proliferation of illegal buildings, rather than putting them under control, and that this does not go in line with the principles of the “new republic.”