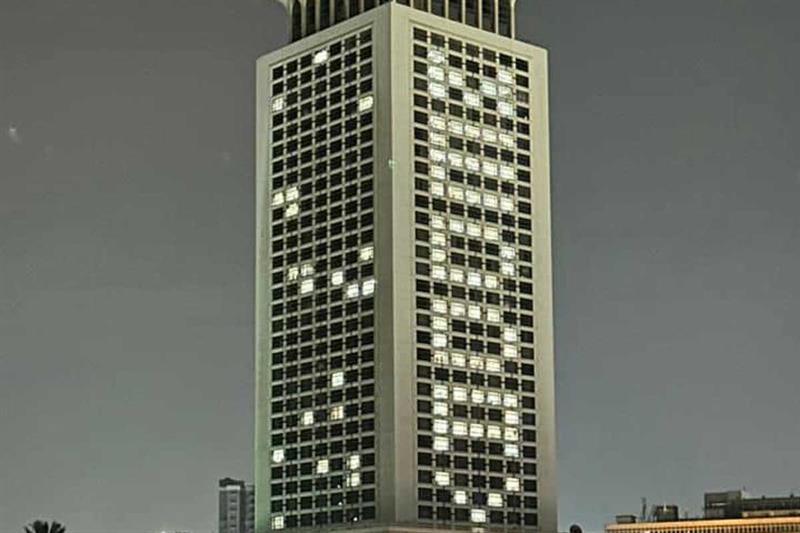 Egypt’s Ministry of Foreign Affairs illuminated its headquarters in Cairo on Saturday night with the word “MED DAY” to celebrate the Day of the Mediterranean which is observed annually on 28 November.

On the occasion, the ministry asserted in a statement the importance of Mediterranean regional cooperation to face common challenges in the region, chief among which are climate change, energy and food security, combatting illegal immigration and combatting extremism, in addition to promoting economic and social development.

The day commemorates the start in 1995 of the process that would lead to the founding of the Union for the Mediterranean (UfM).

The union was established by a joint Egyptian-French initiative in July 2008 as an intergovernmental organisation, bringing together 42 countries to promote dialogue and cooperation. The number includes all EU Member States and 15 countries from the southern and eastern Mediterranean (the 13 countries bordering the Mediterranean, as well as Jordan and Mauritania).

Egypt occupies a unique position in the Mediterranean region with its distinguished location and cultural history, the statement said.

The country has played a major role in the emergence of the current Mediterranean institutions, the most prominent of which are the UfM and Anna Lindh Foundation, which is hosted by the city of Alexandria and promotes intercultural dialogue.