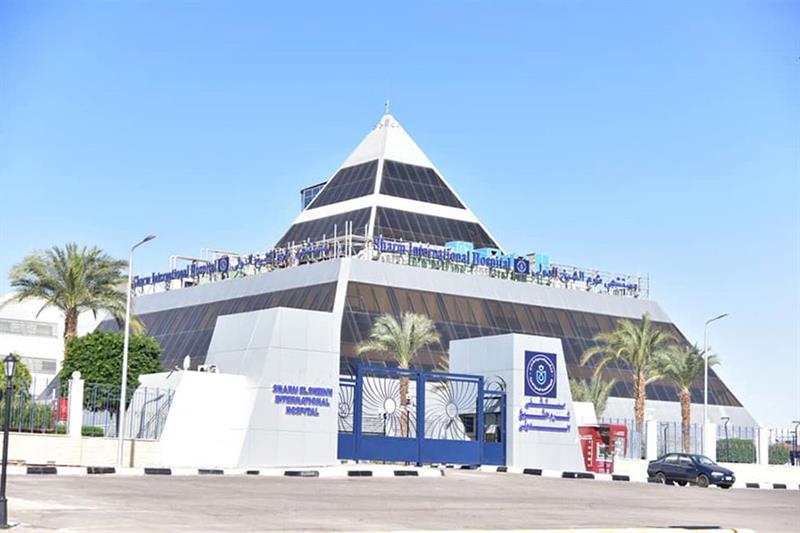 The hospital was registered as the first Egyptian entity at the Global Green and Healthy Hospitals (GGHH), an international network of medical facilities using eco-friendly tools, El-Sobky said in a meeting in Sharm El-Sheikh on Monday.

The meeting brought together South Sinai Governor Khaled Fouda, World Health Organisation (WHO) Representative in Egypt Naima Al-Qusair, and El-Sobky, a statement by the GAH read.

The meeting reviewed plans to turn the hospital green, El-Sobky said, adding that it received quality accreditation from the Egyptian General Authority for Healthcare Accreditation and Regulation.

Al-Qusair highlighted the cooperation efforts between the environment and healthcare sectors to offer high quality medical services to the public.

Going green is part of the country’s recent preparations ahead of hosting the UN Climate Change COP27 in the Red Sea city of Sharm El-Sheikh, slated for 7-18 November.

The model of the Sharm El-Sheikh hospital is set to be presented during COP27, added El-Sobky.

Fouda lauded the initiative, saying it will advance the governorate’s healthcare system.

The meeting followed up on the pilot operation of the universal healthcare system in South Sinai which, according to Fouda, will offer inclusive healthcare services to the people.

Over 181,000 citizens are registered in the programme, nearly 96 percent of the targeted group in the governorate, El-Sobky said.

He noted that operating the comprehensive healthcare system and the activation of medical facilities are conducted according to the latest global standards.

The six-phase healthcare scheme, which started experimentally in Port Said governorate in early 2018, is scheduled to cover all the governorates by 2027.

Egypt is stepping up its efforts to counter climate change, launching the 2050 national strategy for climate change, which outlines the country’s vision on cutting emissions in various sectors to maintain sustainable economic growth, promoting the use of renewable energy sources, producing energy from waste, and using alternative energy forms, such as green hydrogen.

Egypt has also launched many projects to increase its reliance on renewables to reduce greenhouse gases, on top of which are its projects to upgrade transport services, including building electric trains to reduce carbon emissions.