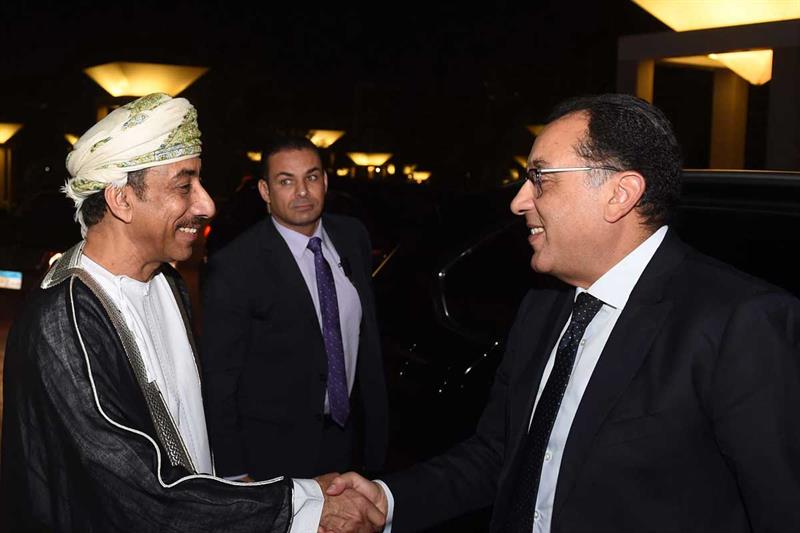 His remarks came Monday during a speech celebrating the occasion, which also coincides with Oman’s 52nd National Day, at the National Museum of Egyptian Civilisation.

The event was attended by Oman’s Ambassador to Egypt Abdullah bin Nasser Al-Rahbi.

During the celebration, Madbouly praised relations between the two countries, which share the goal of upholding the values of peace, security and stability, mutual respect and development and prosperity of peoples.

In addition to the official relations, he hailed the popular relations between the two brotherly nations.

The prime minister also asserted the need to increase trade and tourism between the two countries as well as cooperate in strategic projects, transport and services sectors, finance and other promising fields.

In 2020, trade between Egypt and Oman amounted to $500 million, according to previous statements by Egypt’s Minister of Trade and Industry Nevine Gamea.

Madbouly expressed his appreciation to Omani authorities for supporting the Egyptian expat community in the Gulf country. The vital role played by the Egyptian community in Oman is a testament to the special and deep relationship between the two countries, he added.

There are currently 65,000 Egyptians living and working in Oman.

In June, Egyptian President Abdel-Fattah El-Sisi held talks in Muscat with Sultan Haitham bin Tarik of Oman in which they discussed bilateral and economic relations, with bin Tarik expressing his country’s keenness to boost investments in Egypt.

It was the second time for El-Sisi to visit Oman since assuming power. In his first visit, in 2018, El-Sisi met with the late Sultan Qaboos bin Said.