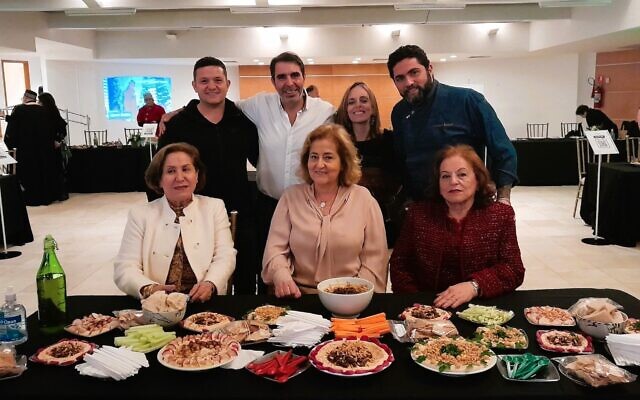 Brazilian Jews, Christians and Muslims celebrated their peaceful coexistence in Latin America’s largest nation with a competition centered on one of the Middle East’s signature foods.

The Hebraica Jewish club in Sao Paulo organized and hosted an inaugural Abrahamic Hummus Championship last Wednesday, timed to the United Nations’ International Day of Peace. Around 150 people attended the event, and yarmulkes shared the room with keffiyehs and other types of Arab scarves.

Ariel Krok, one of the event’s organizers, compared the contest to a “soccer-friendly match.” Brazil is home to nearly 10 million people of Arab descent, the largest such population in the Americas, while over 100,000 Jews call Brazil home, including around 60,000 in Sao Paulo.

Team Sahtein, composed of three Christian Arab women, was declared winners by the technical jury. A popular jury of participants gave the title to a group of Christian Arab men. Both teams represented the Mount Lebanon club of Sao Paulo.

“It is an incredible chance to exchange ideas, experiences, and contacts. Together, making hummus, making peace, making a better future,” added Krok, an inter-religious activist who is a member of the JDCorps delegation, the diplomatic arm of the World Jewish Congress.

Jack Terpins, the Brazilian president of the WJC arm in Latin America, referred to the event in an article he published on Sunday to mark Rosh Hashanah.

“Bringing Jews, Muslims and Christians around one of the most popular and present dishes on the tables of the Middle East served to refine the relations between the three groups and expand the dialogue between them,” Terpins wrote in Folha de S.Paulo, Brazil’s most influential daily newspaper.

A similar event was held in Buenos Aires in 2017. 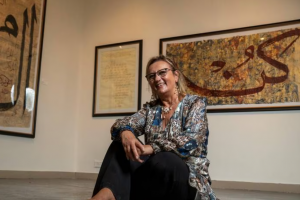