Emergency authorities in Australia are warning that Saturday will be “danger day” for Sydney and surrounding areas as more storms bear down on parts of eastern Australia.

Dozens of flood warnings are in place in the states of New South Wales and Victoria. Many regions have had several months of heavy rain.

Thunderstorms are forecast across much of eastern Australia on Friday. More storms are expected Saturday. Authorities are urging the community to be extra-vigilant about the possibility of flooding in their surroundings.

“We will try and give you as much notice as possible, but this particular event, on saturated ground, means that things can happen very quickly,” she said. “So, do not assume you will get a warning and it may go straight to an evacuation order.”

Climate experts say that global warming is worsening the impact of a third consecutive La Niña, a naturally occurring weather pattern, that is bringing above-average downpours to the east coast of Australia.

Another climatic phenomenon influenced by ocean temperatures is known as the Indian Ocean Dipole, or IOD. For the second consecutive year, it is in a “negative” phase. This typically brings wetter-than-normal weather for most of Australia. These factors are also increasing the risk of more cyclones in northern Australia.

A strong negative IOD developed in October 2010, which, coupled with a strong and concurrent La Niña, caused the 2010-11 Queensland floods and the 2011 Victoria floods.

Mark Howden, the vice chair of the United Nation’s Intergovernmental Panel on Climate Change, told the Australian Broadcasting Corp. that the risk of severe storms was high.

By Thursday, Sydney, Australia’s biggest city, had recorded its wettest year on record. The previous annual record of 219.4 centimeters of rain, which had stood since 1950, has been broken. Sydney has now recorded more than 219.9 centimeters of rain in 2022.

There is some relief on the way.

Weather forecasters have said the rain and storms should finally leave Australia’s saturated east coast by Monday, but more wet conditions are expected in the months ahead. 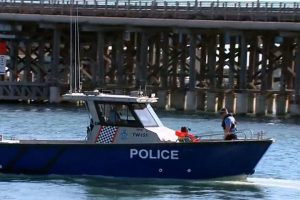 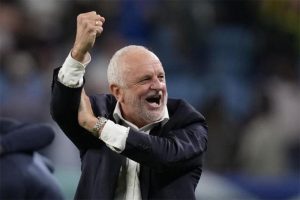