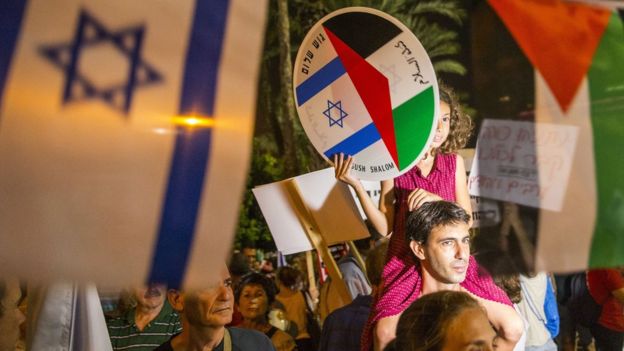 Representatives of nations at a conference aimed at kick-starting peace talks between Israel and the Palestinians have warned that neither side should take unilateral actions.

In a statement, delegates at the summit in Paris also restated their commitment to the two-state solution.

But they shied away from criticising President-elect Donald Trump’s suggested US embassy move to Jerusalem.

Palestinians welcomed the conference, but Israel called it “rigged”.

Neither side was invited to participate in the day-long summit, which was attended by 70 nations, but they were were invited to hear the conclusions. 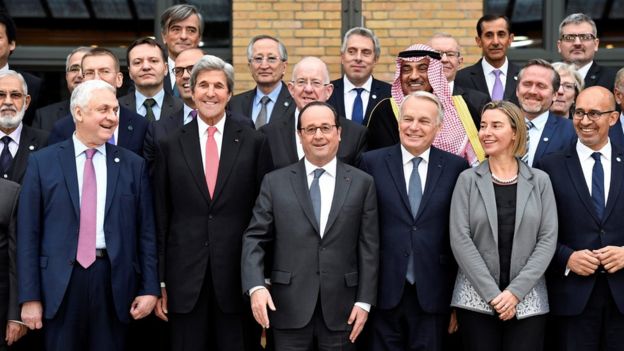 A Foreign Office statement said it had “particular reservations” about a conference “intended to advance peace between the parties that does not involve them”, adding that it had not signed up to the joint communique.

It also expressed concern about the timing of the event – just days before Mr Trump takes over as US president – and the opposition of Israel.

The summit ended with delegates warning that neither side should take unilateral steps that could jeopardise future negotiations.

US Secretary of State John Kerry said his team insisted on language in the communique which condemned Palestinian attacks on Israel, making it more “balanced”.

He had spoken to Israeli Prime Minister Benjamin Netanyahu to reassure him that any proposal following on from the conference at the UN Security Council would be opposed by the US, Mr Kerry added.

Israel had been concerned that the conference might set the terms for a final agreement and seek to get it adopted at the UN, a move it feels would undermine future negotiations.

The conference comes at a time of rising tension in the region, and there are fears President-elect Trump’s plans to move the US embassy from Tel Aviv to Jerusalem could stoke it further.

There was deep alarm among participants at the conference that if President Trump does break with decades of US policy and move the embassy to Jerusalem, then conditions will be set for another upsurge in violence in the region, says the BBC’s Hugh Schofield in Paris.

The status of Jerusalem is one of the most sensitive and complex issues of the entire conflict. The Palestinians view East Jerusalem as the capital of their future state but Israel proclaim the entire city as its capital. 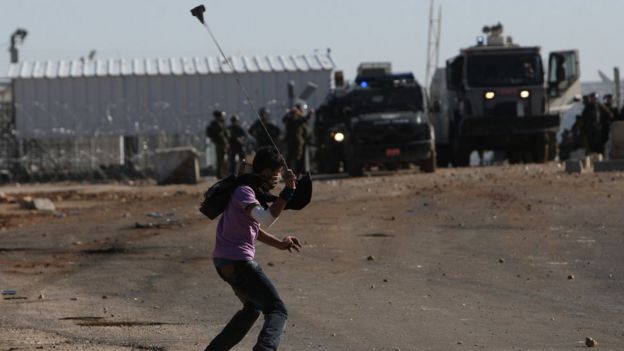 French Foreign Minister Jean-Marc Ayrault told France 3 TV on Sunday he thought Mr Trump would not be able to make the move, but if he did, it would have “extremely serious consequences”.

On Saturday, Palestinian leader Mahmoud Abbas warned such a move could “bury the hopes for a two-state solution”.

The last round of direct peace talks collapsed amid acrimony in April 2014.

The meeting also comes at a time of tension between Israel and the international community after the UN passed a resolution last month denouncing Israel’s settlement activity on occupied land.

Israel accused the Obama administration of engineering the motion, but the White House denied colluding to get it passed.