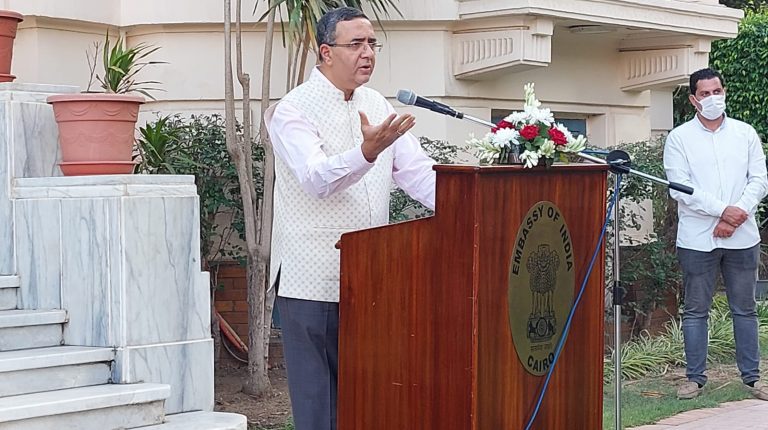 Around 50 Indian companies have invested in various sectors in Egypt with a combined investment exceeding $3.15bn, according to Indian ambassador in Cairo, Ajit Gupte.

“Indian companies are present in a range of sectors like apparel, agriculture, chemicals, energy, automobiles, retail, and others,” Gupte said.

He added that overall, these companies provide direct employment to approximately 38,000 Egyptians.

Gupte affirmed that most of these Indian companies like TCI Sanmar also have additional investments in the pipeline.

On the other hand, the ambassador said that the Egyptian investments in India amount to $37m, including El Sewedy Industries Group (smart electrometers), KAPCI Coatings (car paints), Modern Waterproofing Company / Bitumode (waterproofing membranes and protection boards for construction industry), and 700Apps (IT services).

The ambassador said that Egypt has traditionally been one of India’s most important trading partners in Africa.

He explained that the India-Egypt Bilateral Trade Agreement has been in operation since March 1978 and is based on the most favoured nation clause, revealing that the bilateral trade has increased more than five times in last ten years.

He continued that India’s exports to Egypt during this period amounted to $3.74bn, registering a 65% increase over FY 2020-21. At the same time, the Ambassador said that Egypt’s exports to India reached $3.52bn registering an 86% increase.

Gupte revealed that during FY 2022-23 (April-May), bilateral trade between India and Egypt has increased 14% year-on-year.

During FY 2021-22, the ambassador said that the top Indian imports from Egypt were mineral oil/petroleum, natural gas, fertilizers, inorganic chemicals, and cotton. The main items of export to Egypt from India were buffalo meat, iron and steel, light vehicles, and cotton yarn.

According to the Egyptian Central Agency for Public Mobilization and Statistics (CAPMAS), India was the third largest export market for Egypt, the sixth largest trading partner, and the seventh largest exporter to Egypt.

The Indian ambassador pointed out that bilateral mechanisms have been revived to facilitate trade and economic relations between India and Egypt.

The 5th Meeting of Egypt-India Joint Trade Committee was held in Cairo on 25 July 2022 after a span of 3 years. The 5-member delegation from India was headed by Srikar Reddy, Joint Secretary (WANA), Department of Commerce, Ministry of Commerce and Industry, Government of India.

The head of the Egyptian side was Yehya Alwathekbellah, the head of Egyptian Commercial Service (ECS).

The two sides discussed various issues including non-tariff barriers, especially in the field of agriculture, renewable energy, IT, engineering products, chemicals, textiles, etc. The two sides also agreed to work towards achieving a bilateral trade figure of $12bn by 2027.