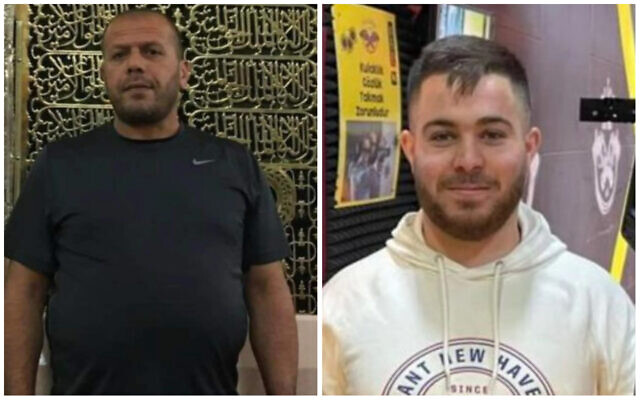 Two residents of Tira were shot dead Saturday at a cafe in the central Israel town, capping the latest bloody weekend for an Arab community contending with an unrelenting wave of deadly crime.

Majed Yusef and Ayman Nasser were rushed to the hospital where they succumbed to their wounds. A third victim was also wounded in the shooting but his injuries were designated as minor.

Police said they arrested four residents of Tira on suspicion of involvement in the murder and seized a gun they believe was used to carry out the crime. A police source told Haaretz that the roughly 20-year-old Yusef was not believed to have been a target in the shooting but that officers are looking into whether the attack was in response to a shooting that took place early morning Friday in which two other Tira residents were killed.

A witness of the Saturday shooting said that gunmen opened fire at the cafe using automatic weapons. “More than 30 bullets were fired, and there were children in the area,” one witness recalled.

Also on Friday, 36-year-old Fatima Qatawi was found dead at a construction site in the Sharon region. Qatawi was a mother of five from the Arab town of Zemer. Police arrested a suspect in the murder, which came on the International Day for the Elimination of Violence against Women.