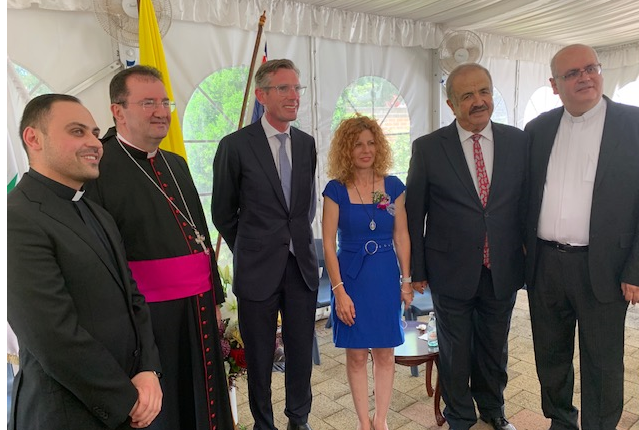 On behalf of the Maronite Eparchy of Australia, New Zealand, and Oceania, I welcome you to Beit Maroun, on the occasion of this, your first visit, dear premier to our Episcopal Residence. The words “Beit Maroun” translate literally to “the house of Maroun”, as the Maronite Catholic Church is named after St Maroun who lived in the 4th century. Beit Maroun also denotes the monastery of St Maroun, the first headquarters of the Maronite monks built in the 5th century.
This house has previously welcomed many of your worthy predecessors, who have also joined our community on many occasions, for Holy Mass and pastoral events. And I am sure that we will be honoured by your presence at our parish churches and events in the coming months.
Dear Premier, friends, I have long realised how necessary that we should, as individuals and as a community, learn from the noble cedars of Lebanon, and put down deep roots into the good soil of Australia, so that we may grow and flourish, high and freely.
First, allow me to say a few word on the setting down roots. The first Maronites started arriving on Australian shores in the 1850s, seeking a land of opportunity, where they could live in freedom, and raise their families in security. They travelled far and wide, selling clothes and homewares from the back of wagons, and building houses in capital cities and country towns. By the year 1897, they had a dedicated Maronite Church in Sydney, the ancestor of the present day Cathedral of St Maroun in Redfern. In 1973, a Maronite Eparchy or Diocese was established here, of which, the Holy Father Pope Francis, recently extended the boundaries to include New Zealand, and all the countries of Oceania. This is a great privilege and responsibility bestowed on us by Pope Francis and speaks to the growth in numbers of Maronite faithful across the region, as it is also an evidence of the confidence the Apostolic See has in our mission.
in April 2013 to serve this Eparchy as the 4th Bishop. Together with the Maronite Clergy and our organisations, we developed a Pastoral Plan for the Eparchy with a vision and hopes to cater for the growth of our Maronite Community in this land.
I take this opportunity to express my gratitude for the many opportunities which the State of New South Wales has extended to the Maronite people. It is not easy to migrate, there is a certain suffering involved, but we must embrace this, whenever there is a good purpose leads us on.
In your opening speech of 31 May 2011, Mr Premier, you said:
… if there is one value that my parents, through their example, have personified for me it is sacrifice. They have sacrificed the big houses. They have sacrificed the expensive holidays. They have sacrificed many small and large things that would have made their lives much easier and more comfortable over the past 30 years. And they have sacrificed these things willingly and happily because they chose instead to make an investment in us—their children.
So, my dear Premier, your words have a wonderful impact on families, and your family’s values of sacrifice, intrinsically coincide with ours, as Maronite people, and they prepare us to participate in the ultimate sacrifice by which heaven and earth are reconciled. 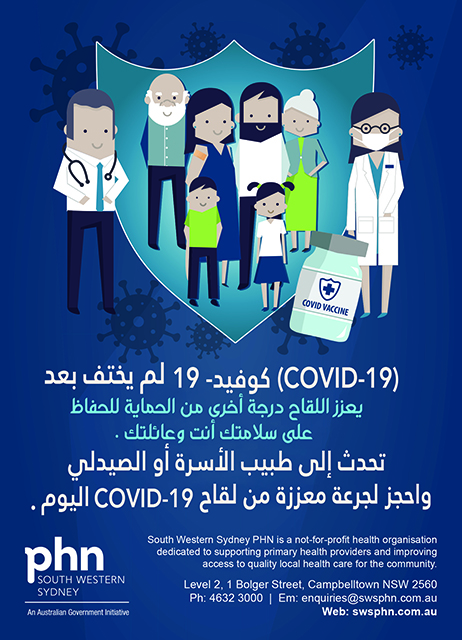